Izabel Goulart began dating Marcelo H. L. da Costa in August 2006, after her three-year relationship with businessman Sebastian Gobbi ended in the same year.  Said to be a midfield player with Joinville Esporte Clube in the second league of the Brazilian Football League, Costa was seen several times with Izabel Goulart after his games, when Izabel would sometimes visit the ground as a spectator.

The couple were reportedly engaged in August 2006, but the engagement seems to have ended by February 2008, when she mentioned that she was single in the Conan O’Brien television show, although it could be construed that she meant unmarried.

Early in 2009, it was reported that she had a two-month relationship with Desperate Housewives and 90210 actor, Josh Henderson, which ended in April of that year.

Four months later, Izabel was seen in a club in Russia with soccer player Diniyar Bilyaletdinov, and afterwards the two were seen together again.  In a November 2009 interview with GQ Italy magazine, she denied even knowing the footballer or indeed anyone in Russia, and revealed that she was still with Marcelo Costa and that they were engaged to be married, but by November 2011 she was reported to have renewed contact with the Everton player.

Who magazine reported on 8 February 2012 that her relationship with Marcelo Costa had broken up after seven years. However, in an interview with Caras Online in February 2012, she revealed that they had resumed their relationship.  “We’re back, ‘s okay”, she summarised.

She told QUEM magazine in 30 December 2012 that she hoped to marry and have children with her boyfriend businessman Marcelo Costa.  Subsequently, they have spent time on holiday together but in May 2013, according to Vogue Italy magazine, she was spotted in the famous Ibiza nightclub, Amnesia, with football player Marco Borriello shortly after meeting at the Cannes Film Festival.

Frankly, it has to be said that there is much about this narrative that might be described as innuendo and rumour, much of it the result of media speculation. Izabel is rightly coy about her private relationships and for that she is to be respected.  But the story is rife with inconsistencies. For example, Joinville Esporta Clube of Brazil still has a player, much older that Marcelo, named confusingly Macelo Pereira da Costa.  Marcelo’s transport business in Americana, Sao Paulo, was established in 2006, so it’s perfectly possible that he  became transposed from a football player to an entrepreneur.  But if there had been a break up in the couple’s relationship in February 2008, why was she claiming in November 2009 that they were still together and engaged to be married?  Clearly, there was a break up, otherwise she would not have told Caras Online that “We’re back. ‘s okay”. Were there two break-ups?

In November 2010, she told Caras magazine  “I do not believe in marriage now, only in work. Marcelo and I are very focused on our careers. I travel a lot. I can even have a child if I want to, but because getting married can not have a married life? ”

Despite all of this, one  thing is clear and supported by the photographic evidence, Izabel’s long-standing romance with Marcelo Costa has been an enduring one, and continues.  We are told he is not so good in the kitchen, but he has a good teacher.  Let us hope that one day Izabel achieves her ambition for a coconut beach white wedding with candles and moonlight.

The photographic gallery of Izabel and Marcelo that follows is arranged in roughly chronological order.  Readers should not interpret too much from the sequence as many of the images are undated, particularly the early ones, so a considerable degree of caution should be exercised in drawing any conclusions. 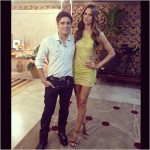 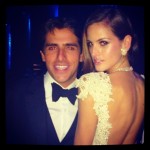 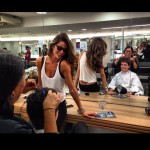 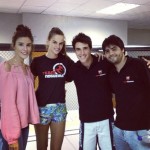 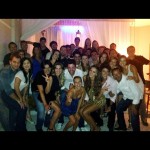 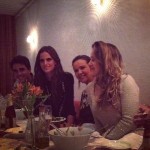 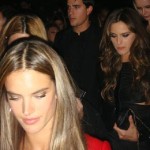 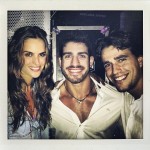 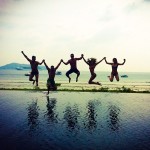 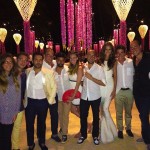 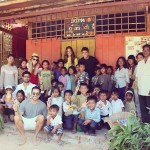 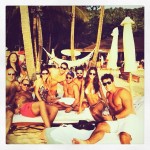 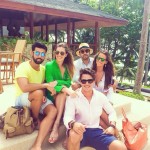